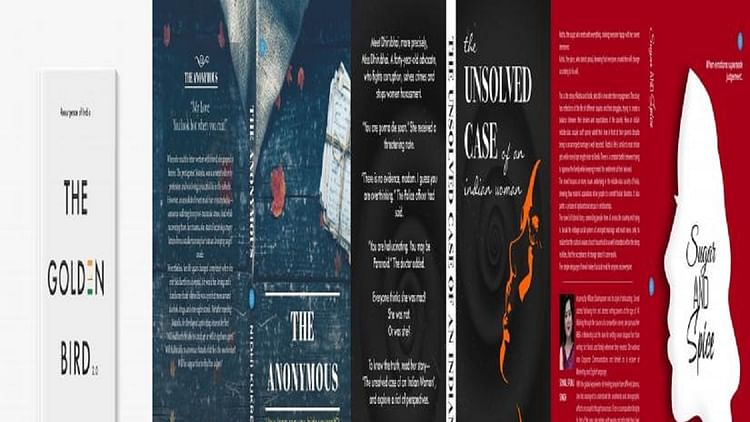 From an in-depth read on ancient India’s rich economic history, to a quirky look at the Indian ‘arranged marriage drama’, and two compelling thrillers written by forthcoming Indian writers, these books will have you turning pages from the beginning of the year.

‘The Golden Bird 2.0’ draws from India’s rich past to take a fresh look at its potential for a glorious future — a second golden age, shaped by the powerful public will, economic wherewithal, and the nation’s status as the world leader. What made ancient India the Golden Bird in the first place? What did China, the Land of the Dragon, have in common with India, and when did these two ancient civilizations diverge on their paths to global success? While colonisation pressed the brakes on India’s confidence and self-reliance, China emerged from imperialism with a clear vision for its future and strong implementation to boot. The oriental superpower fashioned itself as the world’s factory, creating jobs and uplifting millions of people from poverty. How did China make its mark on the world stage, and where did India fall behind? How can India tap into its golden past to pave the way for a brighter future? Can Atmanirbhar Bharat and Make in India usher in a new era of economic growth and global leadership? A closer look at our journey since Independence reveals the gaps that we need to bridge. Can we draw from the vision and ideals of our own freedom struggle to build the next phase in our future? While conventional wisdom suggests improvements in manufacturing, the ease of doing business and digital technology, Jain delves deeper, to draw surprising parallels between other areas that beg our attention — such as process engineering, communication design, journalism, decentralization of power and disaster management.

‘Sugar and Spice’ is the literary depiction of the great Indian arranged marriage drama, the crucial aspects of marriage and how misunderstandings during the thousands of rituals affect the relationships. Here, the soft-spoken, work-oriented Radha belonging to a middle class family is engaged to a handsome hunk Karthik. It is an arranged engagement. Karthik’s family is a typical Indian groom’s family that has high expectations from the bride’s side. However keeping all these things aside Radha and Karthik start liking and falling for one another. Will Radha and Karthik be able to reunite despite the opposition by their families? A complete package with sweet romance, mostly Indian couples taste in their courtship time before arranged marriage amidst the drama of quirky Indian families. The novel will make you laugh, smile and enjoy the riddling ends of episodes. The budding love, romance, jealousy, hopes, fights will take you to the heights of dopamine and keep you engaged during the whole read.

‘The Unsolved Case Of An Indian Woman’ by Puneeth JS

‘The Unsolved Case of an Indian Woman’, a psychological thriller, is a journey of a protagonist – Miss Tandel, a 40-year-old advocate, who bravely investigates crimes, strives against corruption, and hinders women harassment. The first half of the book creates various puzzle pieces, and as the book progresses, these puzzles fall in place. With more than a year of research, it has turned out to be a distinct blend of mystery, emotions and facts. The book portrays the sensitive topics of society, especially regarding Daman and Gujarat.

‘The Anonymous’ by Nidhi Kukreja

When she read the letter written with blood, she gasped in horror. The protagonist Natasha, was a content editor by profession and was living a peaceful life in the suburbs. However, an unsolicited event made her a nyctophobic — someone suffering from post- traumatic stress. And while recovering from her trauma, she started receiving creepy letters from a stalker turning her into an ‘avenging angel’ mode. Nevertheless, her life again changed completely when she met Siddharth in a hospital. He was a fun-loving handsome man whose life was a perfect mess around alcohol, drugs, and one-night stands. But after meeting Natasha, he developed captivating interest for her. Will Siddharth be able to catch up or will it rip them apart?

An audiophile to the core, Malcolm Gladwell chats about his latest release ‘The Bomber Mafia’ first being an audiobook, and recalls encouraging the Obamas...
Read more
Books

“Never judge a book by the movie.” Many cinema lovers say that movies bring stories to life, and it’s true because literature always finds its...
Read more