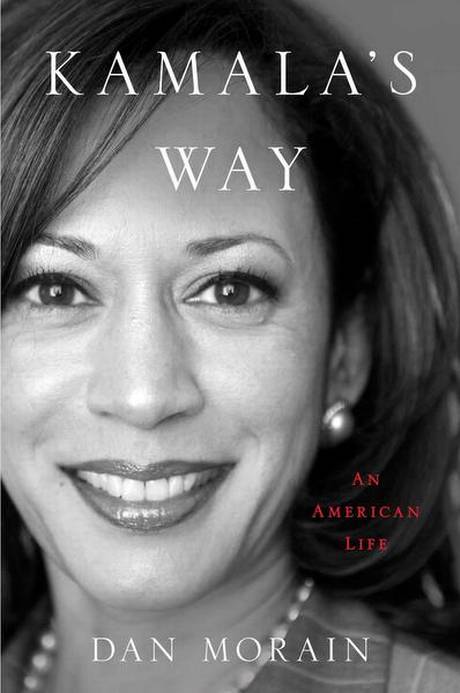 The rise of Kamala Harris to become the U.S.’s first ever woman Vice-President, and the first of mixed Indian and African American heritage, will have a long echo in the annals of that country’s politics, fraught as it is with deep divisions over race, immigration and gender rights. While Harris’ greatest work and achievements likely lie ahead of her, it is her past that bears closer study if the extent of her transformative potential is to be truly understood.

Kamala’s Way, a new biography of Harris by California journalist Dan Morain, offers exactly that — a deep reading of her antecedents in State politics, where she learned the ropes and emerged victorious through a variety of political encounters that shaped her outlook as much as did her mother, a strong-willed, fiercely independent cancer researcher from a Chennai family.

Given Morain’s career as a former state political reporter for the Los Angeles Times and former editorial page editor of The Sacramento Bee, it is inevitable that a significant part of his book reads as an exhaustive — and sometimes exhausting — recapitulation of the ins and outs of California’s policy debates over the past few decades, of course all the while referencing how Harris was impacted by them or sought to influence them. Included in the lengthy litany of political tussles that Harris was embroiled in, most notably, was her encounter with the self-confessed “Ayatollah” of the California Assembly and former San Francisco Mayor, Willie Brown. Harris ended up dating Brown, 30 years her senior, in 1994 and 1995, and in the process no doubt learned some of the stock in trade of California’s unique brand of pork barrel politics.

Along the way Morain sheds light on the evolution of Harris’ views on issues such as gun crime and education that could well turn out to be important in the four years she spends at the White House. For example, in 2004 Harris came under fire from a wide swathe of the law enforcement for opposing the death penalty even in “cop killer” cases, notably the brutal murder of San Francisco police officer Isaac Espinoza at the hands of a suspected mobster. The timing could not have been more unfortunate for her, given that she was in the midst of a campaign for the San Francisco District Attorney’s post. Nevertheless, she held firm to her view and succeeded in getting elected as District Attorney, in part by demonstrating that even though she opposed capital punishment, she did not shy away from pressing for deservedly harsh sentences for those convicted of violent crimes.

Similarly, Harris clearly refined the art of making delicate policy compromises that nevertheless rang true with her core values as a prosecutor when, in 2008, she sought to curb elementary school truancy by prosecuting parents of absent children. Her logic in adopting an approach that some would consider severe was that it was an acceptable tactic to enforce a child’s right to an education.

Harris describes her own evolution through the swamp of California politics most aptly: in one television interview she spoke of her admiration for the Hindu deity Kali, in whose classic depiction the goddess holds several severed heads and is a mother figure. Morain says of Harris, “She also learned, Kali-like, how to figuratively sever a head or two. Her skill and charisma, her intelligence and grit, and her willingness to fight hard set her apart. In time, Californians would see more of that.” True to form, Harris went on to demonstrate her formidable resolve and singular focus as prosecutor most consistently in championing victims of sexual abuse, child trafficking and domestic violence.

By the time she became Senator, Harris’ journey to statesmanship appears to be complete, and her conduct in the Upper House of Congress was the clearest demonstration of her prowess on the stage of Democratic Party heavy-hitters. Among the most notable moments, and one that put her firmly in the spotlight of national politics, was her savage grilling of former President Donald Trump’s erstwhile nominee to the U.S. Supreme Court, Brett Kavanaugh, at a 2018 Senate hearing.

At that forum seeking more clarity on Kavanaugh’s views on Roe v. Wade, the landmark 1973 case that recognised the constitutional right to abortion, she asked him, “Can you think of any laws that give the government the power to make decisions about the male body?” He stammered, “I’m not aware — I’m not — thinking of any right now, Senator.”

Notwithstanding the book’s references to Harris’ Indian cultural heritage and her grief at the passing of her mother Shyamala Gopalan in 2009, there is little by way of deeper analysis of the U.S. Vice-President’s historical links with India or discussion of foreign policy ideas that have resonated with her.

To those who may be seeking specific clues about the broader worldview of the U.S.’s first potential woman president and second person of colour to be within striking distance of the Oval Office, this book may not serve the purpose.

However, what it very clearly maps out for the reader is the force of character and political shrewdness that underpins the charismatic, personable Democratic leader that Harris has become over the past two decades, from relatively unassuming beginnings.

The thump of a Royal Enfield Bullet is often deemed as the Indian roads’ surreal anthem. It is a motorcycle redolent with nostalgia and...
Read more