Priyanka Chopra Jonas’ ‘Unfinished’ is out: Here are some other celebrity memoirs you can read 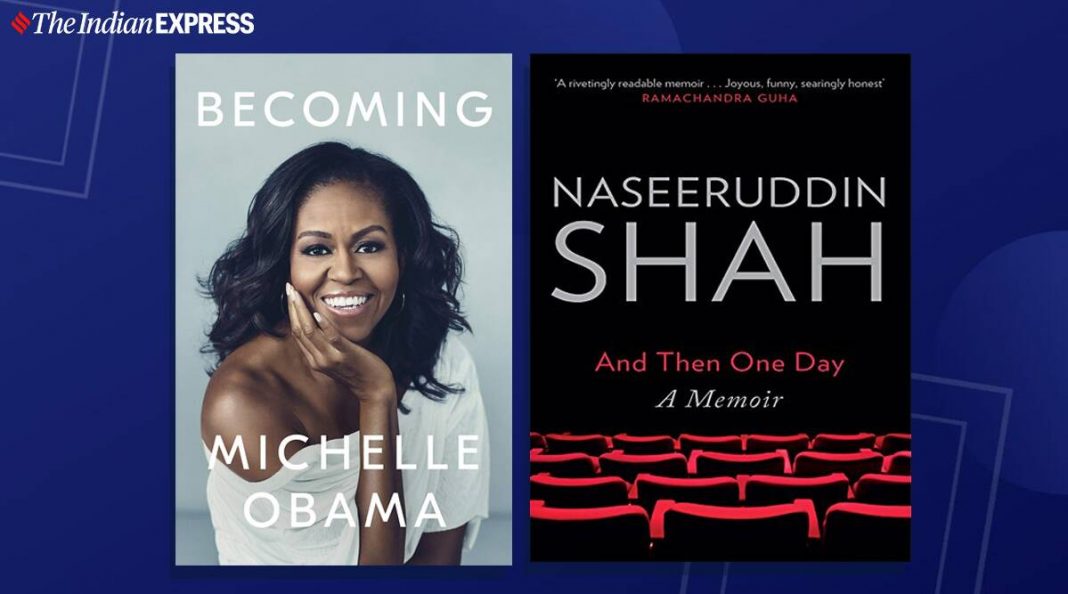 Last year was filled with announcements of celebrity memoirs. And this year has begun with the publication of one: Unfinished by Priyanka Chopra Jonas. Prior to the book being out, the actor spoke extensively on the writing process and the way it proved to be cathartic for her. Memoirs, by the very nature of it, are personal. filling in the gaps between public perception and individual narratives.

The book released today (February 9) and while reviews are awaited, you can catch up on other celebrity memoirs before getting your hands on it.

Here are some other memoirs you can read. In an interview, the Quantico actor acknowledged reading Becoming and being influenced by it, in terms of channelising one’s vulnerabilities to writing. And there are reasons for it. The memoir of the former First Lady of US traces her journey much before she arrived at the White House and provides context to the many pictures and headlines which greeted us every day. The book, published in 2016, sold a record number of copies, rivalled only by her husband’s memoir which came out last year.

A Promised Land by Barack Obama

In this book the former President of US, Barack Obama reflects on his eight-year tenure in the White House. A Promised Land is one part of his memoir and opened to raving reviews which further reflected in the sales. Prior to this, Obama had written two acclaimed books Dreams from My Father and The Audacity of Hope, which came out in 2006.

And Then One Day: A Memoir by Naseeruddin Shah Published in 2014, Shah’s memoir is a powerful documentation of his early years. It begins with his journey from Meerut, to Catholic schools in Nainital and finally to Mumbai. Told in his characteristic candour and honesty, And Then One Day is a moving story about ambition and stardom, success and failure, his enduring love for the profession and craft, and ultimately of humanity that persisted in spite and because of them.

Last year in October the actor came up with his refreshingly honest memoir. It touched upon a host of issues, including details of him being sexually abused as a teenager and the way he picked himself up. In the book McConaughey refuses to identify himself as a victim, stressing instead the many reasons he has to be happy instead. It also disclosed the one wish he always had: to be a father.

Published in 2011, Bossypants is laced with Fey’s charm and wit. At the same time it is one of those books which dismantled the common discourse where bossy was used as a pejorative for women. It is a terrific reflection on her own journey as well as a roadmap for women who want to be part of the male-dominated world of comedy.

An audiophile to the core, Malcolm Gladwell chats about his latest release ‘The Bomber Mafia’ first being an audiobook, and recalls encouraging the Obamas...
Read more
Books

“Never judge a book by the movie.” Many cinema lovers say that movies bring stories to life, and it’s true because literature always finds its...
Read more